TrendyIdeas.net | Your number one source for daily Trending Ideas
Home Design Varieties and features of growing annual and perennial lupins 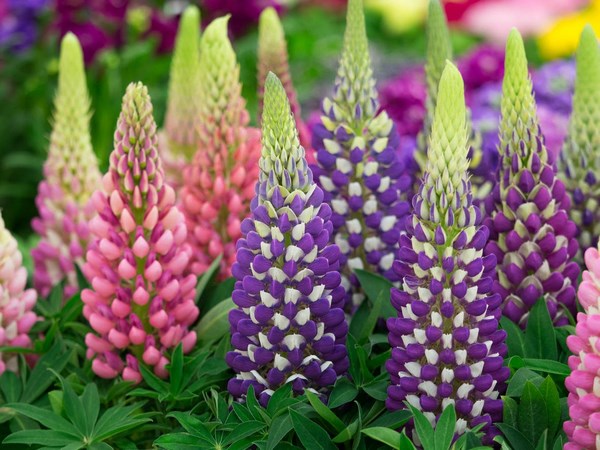 In the Kaliningrad region, guests from North America – lupins – have taken root. It was once a typical farm plant. But today, the language does not dare to call these luxurious candles of all colors of the rainbow, crowning lupine bushes, a peasant flower.

Let’s talk about what types and varieties of plants exist, how to grow them on the site and what benefits they bring to the garden.

Perennial lupins in the garden

Types and varieties of lupines: one season or several?

Lupine (Lupinus) is a plant of the legume family. Its fruits, with the exception of a few forage species, are bitter and inedible, so the people often call the culture “wolf beans” (“lupus” is translated from Latin as “wolf”).

Lupine has a powerful taproot. Nodules form on it, in which special bacteria accumulate nitrogen, which enters the soil with air. Therefore, the culture grows well even on poor soils and without fertilizing.

The homeland of the plant is North America. But having got to Europe at the beginning of the 19th century, it took root here so much that it practically turned into a local wild plant. Dozens of species of lupine grow in nature, which can be conditionally divided into two groups – perennial and annual.

The overwhelming majority of the varieties found in our gardens are breeding forms of the multifoliate lupine (Lupinus polyphyllus) – an unpretentious winter-hardy perennial.

Garden cultivars of L. multifoliate form luxurious shrubs 80–120 cm high with large finger-like leaves collected in a basal rosette. Even without flowers, they are decorative. But a bush with open dense candles 30-50 cm long looks wonderful. Flowers open gradually from about the end of May, and if the faded spikelets are removed in time, flowering can be extended until August. 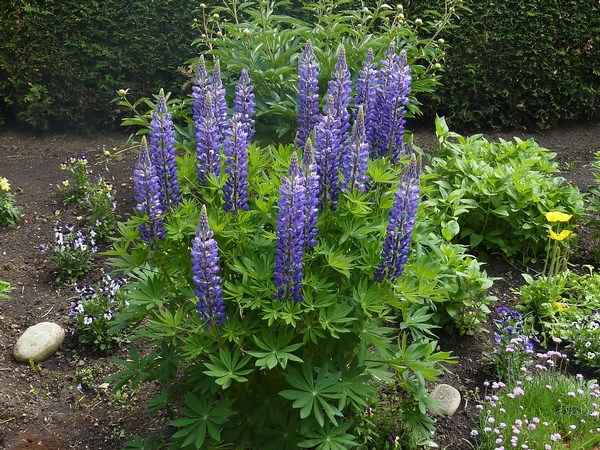 For good growth and intense flowering, lupines need an open, sunny place. The perennial is not demanding for nutrition, but does not like too dense waterlogged soil – in it the rhizome is quickly affected by fungal infections and falls out.

The plant is planted in spring by sowing seeds in open ground. It does not tolerate transplanting well, so it is better to immediately sow seeds at a distance of 30-40 cm from each other. If you still need to transplant, do the transshipment with a lump of earth to less disturb the roots. The same goes for container-grown seedlings.

Since the plant converts nitrogen from the air, it is important that the ground around it is loose and breathable. Be sure to loosen the soil under the bushes after rain or mulch it with tree bark, decorative gravel.

For lupine, fertilizing with manure and nitrogen fertilizers is unsuitable. Only foliage will grow from them and the roots can rot.

Lupine is considered a perennial, but in fact it is a perennial plant that should be renewed every 3-4 years. Adult bushes need to be dug out, young rosettes should be separated from them, old podoprevnye pieces of root removed and the cuttings should be transplanted to a new place.

For more information about growing perennial lupins, see the video.

As a result of the selection of multifoliate lupine, many cultivars have been bred. Especially often in gardens there are hybrids of the English originator Jord Russell and varieties of Dutch selection: 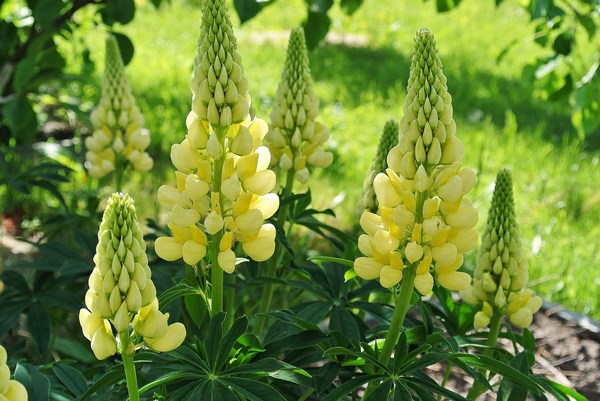 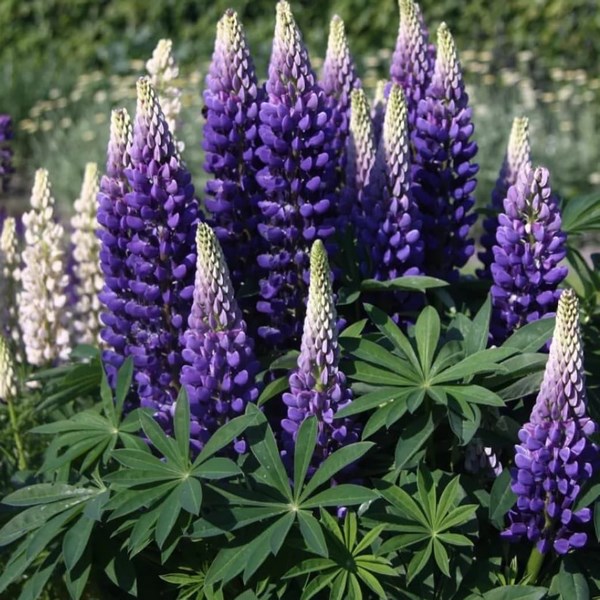 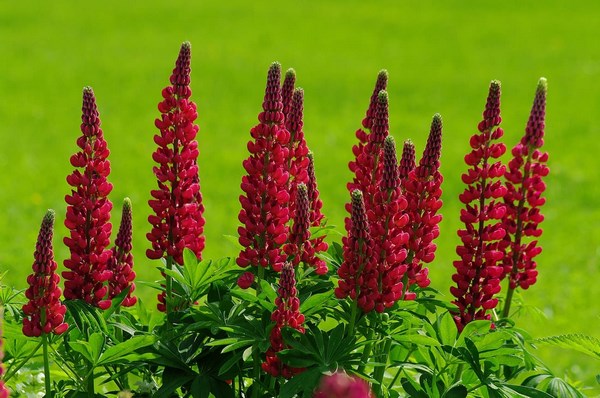 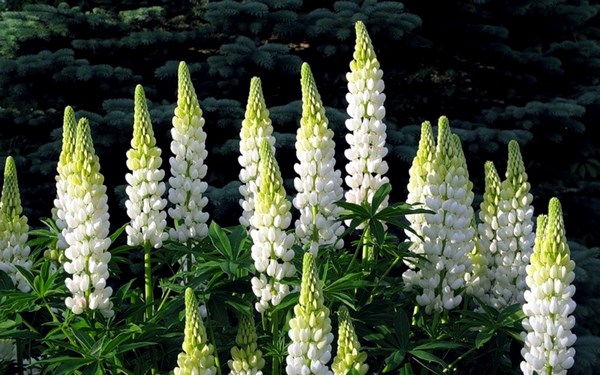 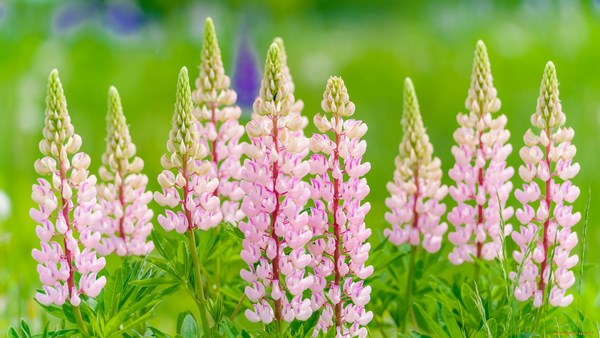 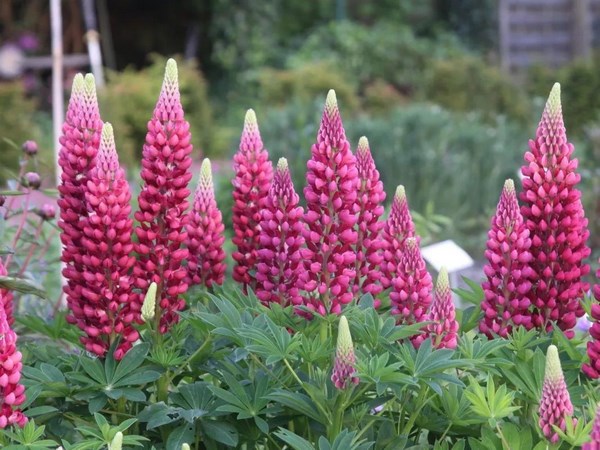 If perennial lupins freeze or fall out in your area due to abrupt transitions from frost to thaw, you can grow annual species in the garden.

Most of them have compact bushes with delicate palm foliage and beautiful racemose inflorescences of various shades. True, the candles are not so large and dense, but no less charming.

There are 5 types of decorative annual lupins in the gardens. 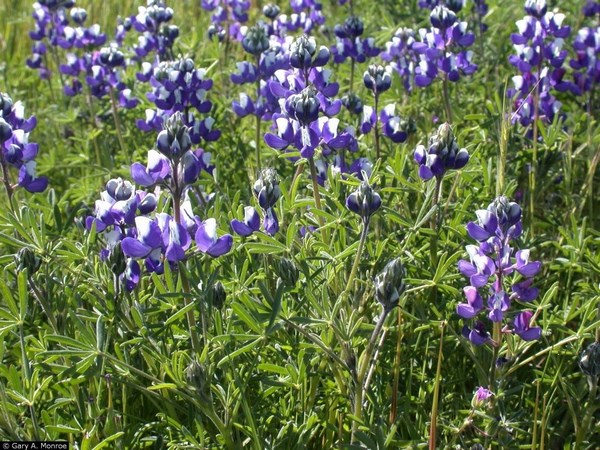 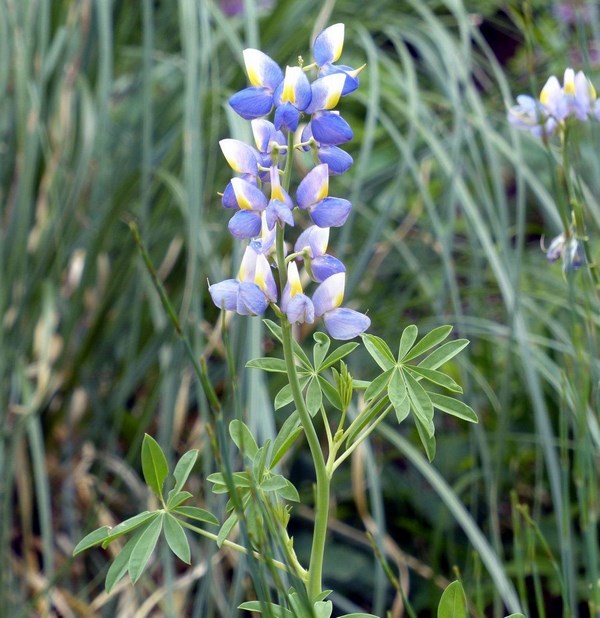 Lupine is changeable – the embodiment of tenderness and grace

Annual lupins are grown by sowing seeds in April – May in open ground. We do not recommend using the seedling method, since the seedlings do not take root well after transplantation. If you want to get an earlier flowering, it is better to sow the seeds before winter.

Choose a sunny place with light, loose soil. Like perennials, they do not need enhanced nutrition, but if the soil is poor, feed them with complex fertilizers during the period of active growth. There will be more flower stalks and larger flowers.

Since annuals do not have such a strong root system, they are more susceptible to drought and need watering in the heat.

Benefits for the soil – green manure species of lupine

Lupine is good for the soil for three reasons. 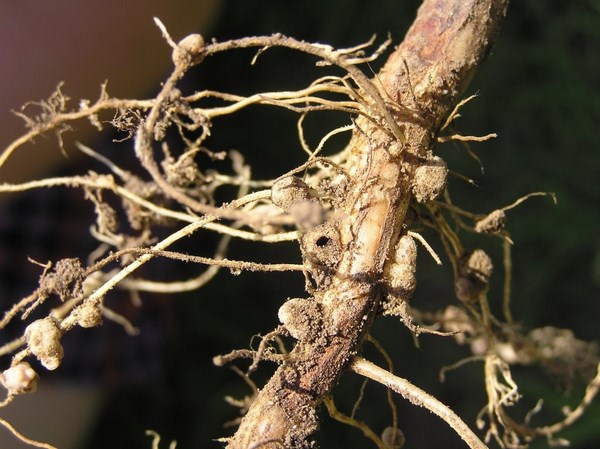 Three types of crops are grown for greening.

As a green fertilizer, lupins are sown from April to August. Before sowing, dolomite or bone meal can be added to the soil – this will promote the formation of tuberous bacteria. Annuals are mowed until winter, embedding dried residues in the topsoil. 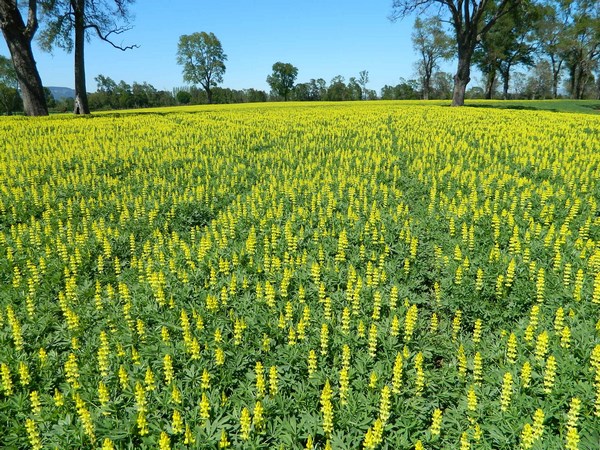 A field sown with yellow lupines

And how does lupine help in everyday life?

Since the beans of lupins contain a lot of protein (50%), oils (20%), vitamins A, C, PP, B₂, B₃, B₁, B₆, they have long been eaten, and medicines were prepared from them. But be careful: the decorative forms of lupine multifoliate that grow in our gardens are not only inedible, but also poisonous, since they contain a lot of alkaloids.

Special sweet varieties of L. narrow-leaved and L. white are used for food. It is they in Europe, Australia, the USA that are used to prepare various dishes, sauces, add to flour, milk, make vegan products from it by analogy with soy – tofu, sausage, miso, low-calorie ice cream. 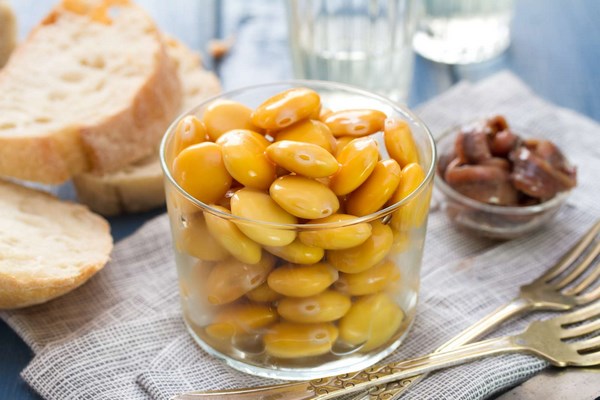 In Italy, Spain, Portugal, Israel, pickled lupine beans are served as a snack for beer

In addition to the food industry, lupins are used in medicine and cosmetology. Especially valuable is lupine oil, which is added to age creams, enhancing their antioxidant (anti-aging) properties.

In pharmacology, extracts from a plant are included in the composition of anti-inflammatory, analgesic, antimicrobial, laxative, general strengthening drugs.

As you can see, lupines are a really valuable crop. They will not only decorate your garden, but also enrich the soil with useful organic substances. We will be glad if our review will help you decide on the choice of species and varieties of this wonderful plant.