TrendyIdeas.net | Your number one source for daily Trending Ideas
Home Design planting and care in the open field, cultivation features, description of the... 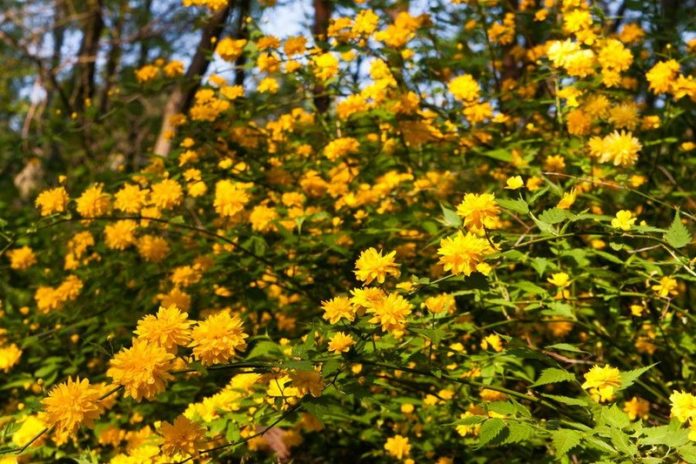 The deciduous shrub of kerria is common in Japan and China in mountainous and wooded areas. It was named after the Scottish gardener and naturalist William Kerr. At the dawn of the century before last, during an eight-year expedition to China, he found many new specimens, previously unknown in European countries. And this plant with bright flowers was especially remembered by the collector. The material tells about how and when to plant, care for and replant it, as well as other interesting information. 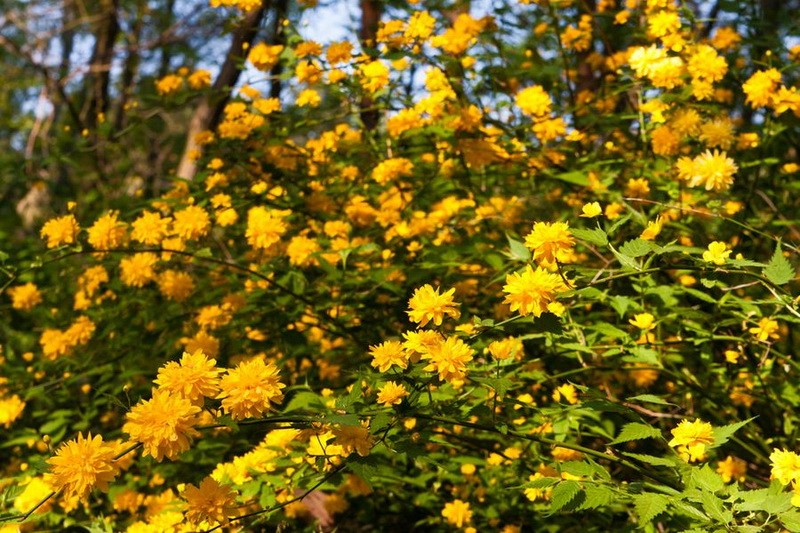 Kerria japonica reaches 3 meters in height. She has straight shoots resembling twigs, and a conical crown. Pointed toothed leaves are similar to those of raspberry bushes: they are 10 cm long, and their underside is slightly pubescent. In the summer months, they become light green, and in the autumn – yellow. Some varieties have double buds. The flowers reach a little over 4 cm in diameter. The main flowering period begins in May and ends in August. It is repeated in the fall. The fruits of the shrub plant are black drupes. It is known that the Japanese kerria does not bear fruit in the Moscow region and in other regions of the middle zone.

Time to drop off

In order for the kerry plant to take root and grow quickly when planting and nursing in the open field, it is important to observe the basic principles of cultivating shrubs. Planting begins in the spring, before the process of sap flow. Kerria can be planted about a month before the first frost. If you place the root system in special protective containers, then planting is possible in any season, except for the winter period. 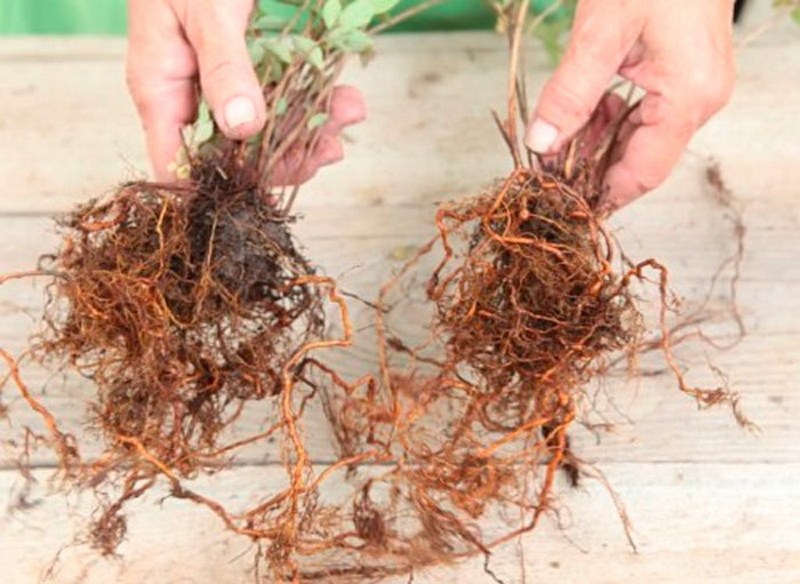 The most suitable place in the garden is a wind-free and sunny corner. The bushes can also grow in partial shade, but they will have fewer flowers. 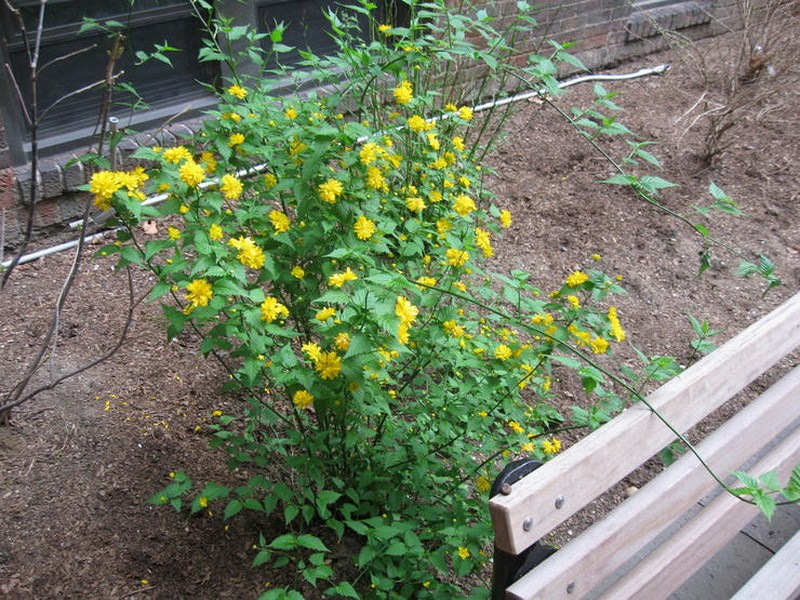 Gardeners do not plant them under direct ultraviolet radiation, since the petals can quickly fade. Therefore, it is best to plant the plant under the crown of spreading trees. 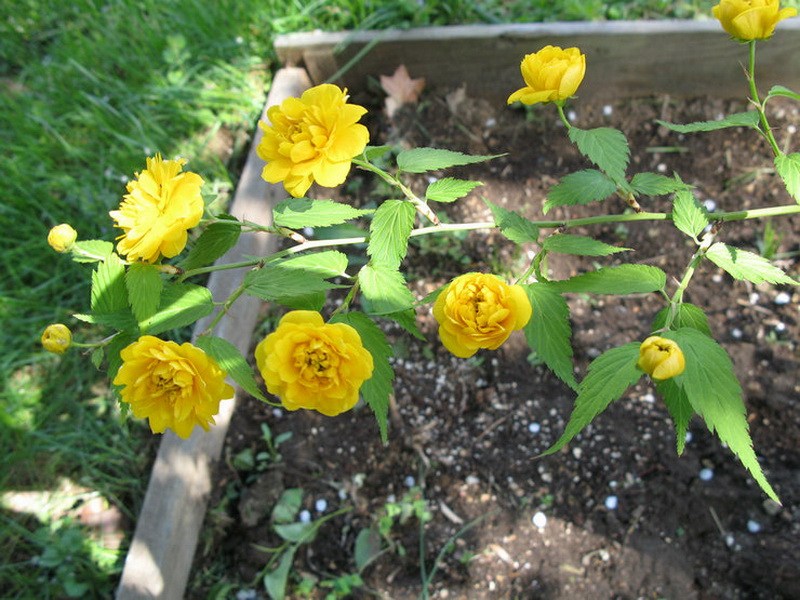 Like any other forest shrubs, perennial yellow keria needs special conditions when planting and caring for. It is suitable for moist fertile soil, which is rich in humus, or loamy soil. When planting, they dig a hole 60×60 cm (while the depth should be 40 cm). 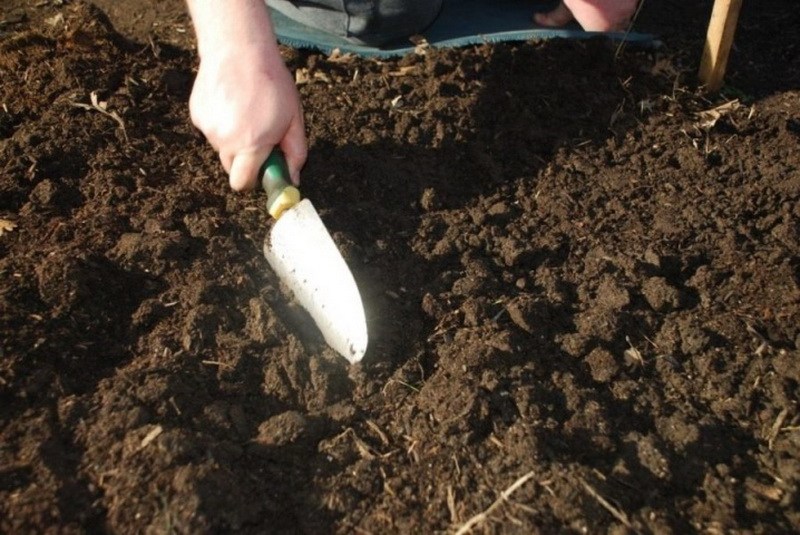 Then a small amount of a mixture is poured into it, which includes fertile soil, humus and sod land (proportions – 2: 3: 3) and 60 g of a complex fertilizer containing minerals. After that, you can install a bush in the recess, then straighten its rhizomes. 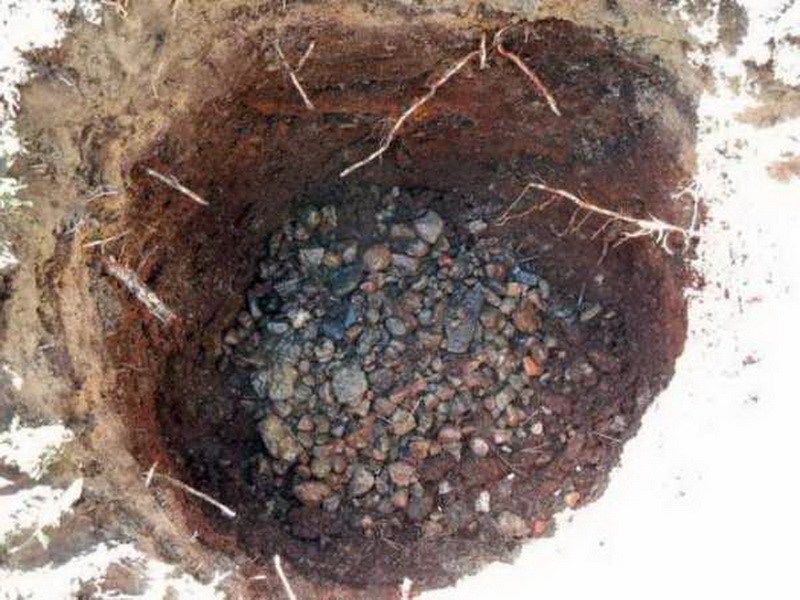 The next step is to fill in the empty space of the hole with the remaining mixture and tamp it down a bit. Then the seedling is watered. In this case, the root collars are positioned so that they are flush with the surface. 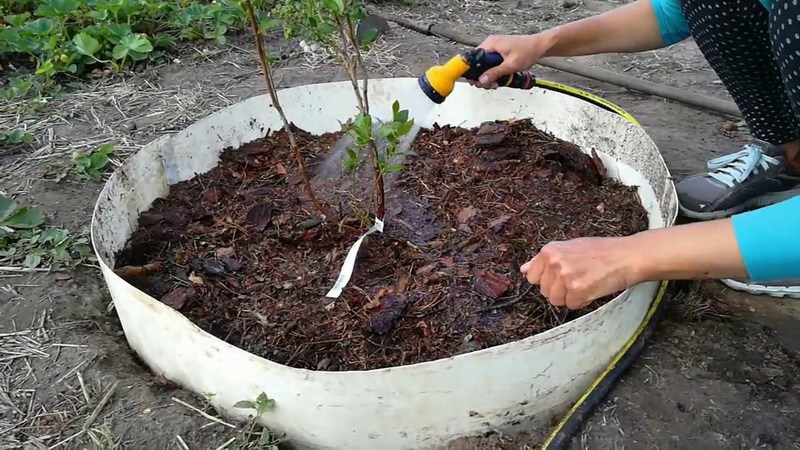 Planting and leaving can be clearly seen in the photo. When growing kerria pleniflora, it is important to maintain the decorative effect of the shrub. To do this, it is important to cut the branches, make sure that it grows correctly and heal on time. A plant planted in open soil requires regular watering, loosening of the soil around, weeding, fertilization. 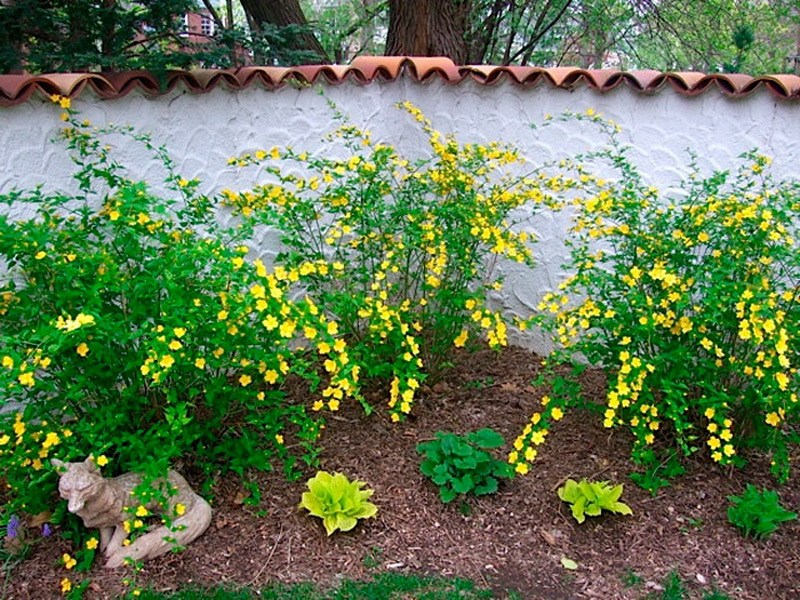 Gardeners water it when the surface of the earth is a little dry. They take great care of the Japanese Terry Kerria during flowering as well as during the dry summer months. It is important to make sure the water is warm and has settled sufficiently before watering. 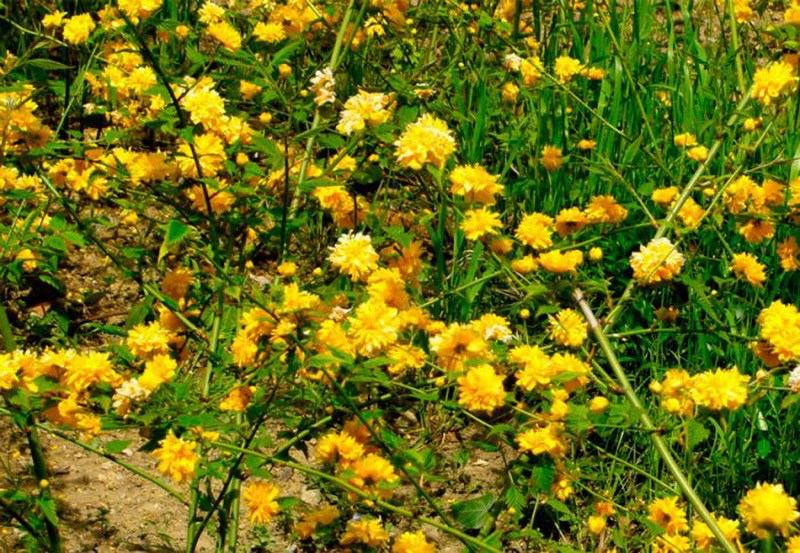 In a rainy summer, you can refuse watering, since abundant moisture harms the proper growth of the bush. After irrigation, the soil is loosened and weeds are pulled out. When the flowering period is over, you can start feeding. 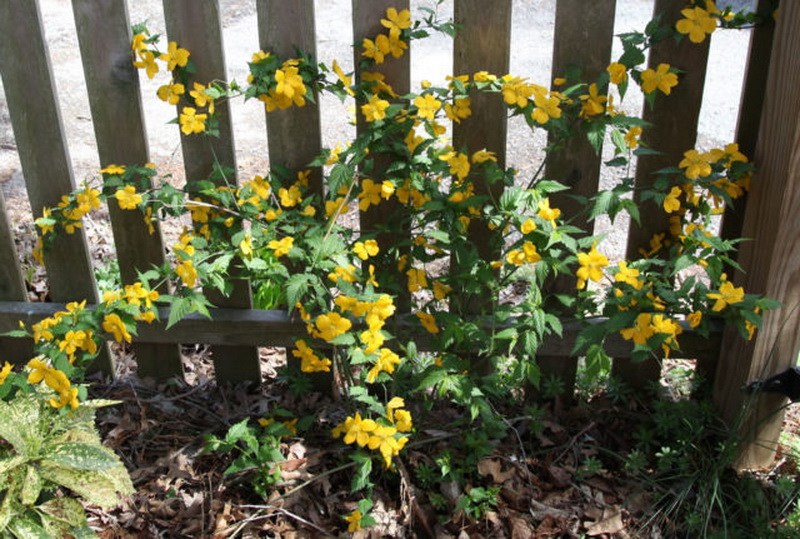 For this, an infusion of mullein in a ratio of 1 to 10 or compost with ash left after burning logs, tree bark or branches is suitable. In autumn, Japanese pleniflora kerrias are covered with a layer of fallen leaves, and in winter they make sure that the snow cover above it is as high as possible. 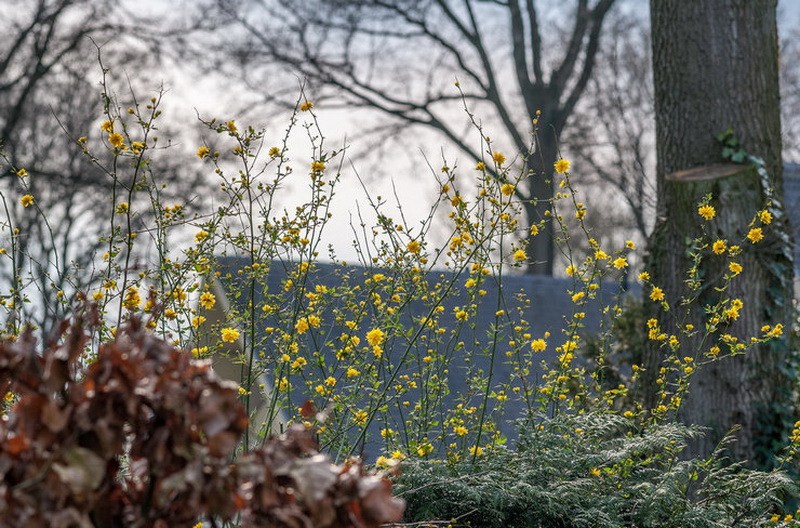 This shrub can adapt quickly and is suitable for replanting. Therefore, replanting it in a new corner of the garden is possible at any suitable time. But it is better to do this when there are no leaves on it, that is, in the spring months or in mid-autumn. 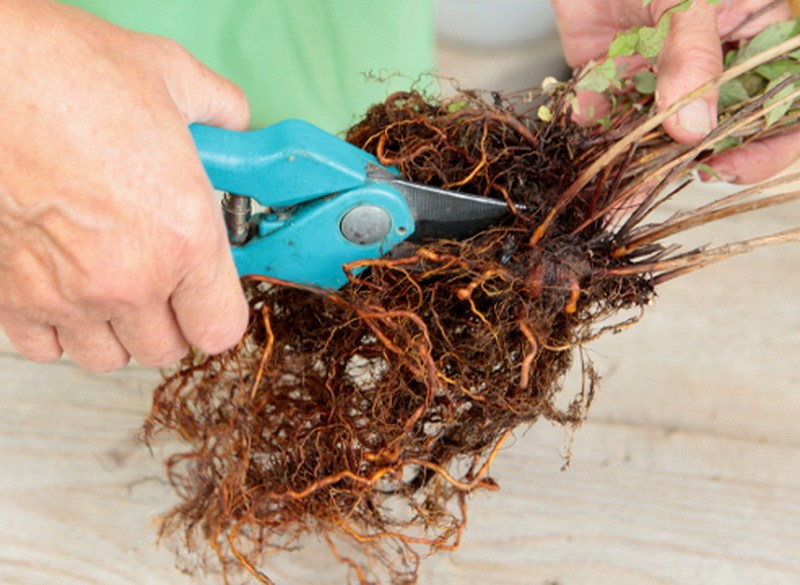 From the photo and description, you can clearly see and understand how to dig in a bush and remove it from the ground. It is better to prepare a new pit in advance, and lower it into it with an earthen lump. After that, repeat the actions that were taken during the initial landing. 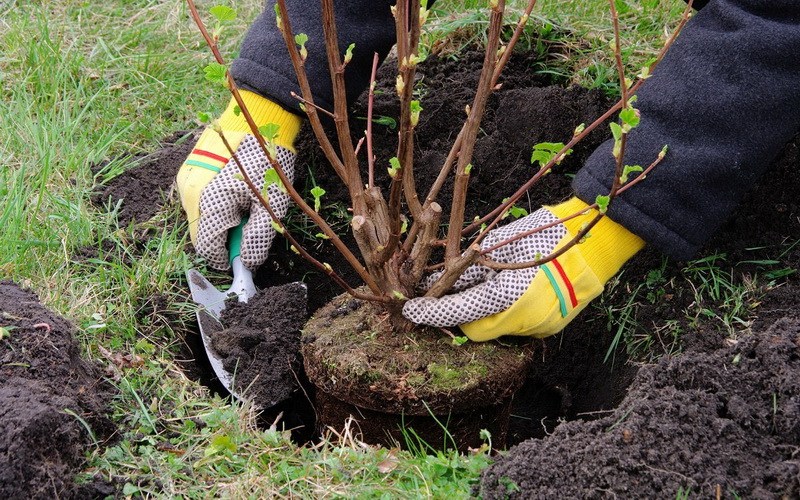 Further, gardeners regularly water the bush so that the root system receives abundant moisture and can take root in a new place. 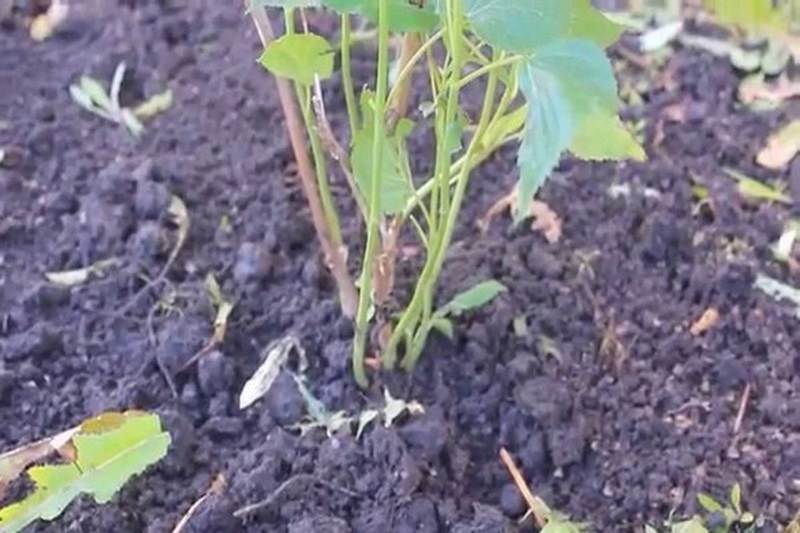 For this plant, the following vegetative propagation methods are provided: 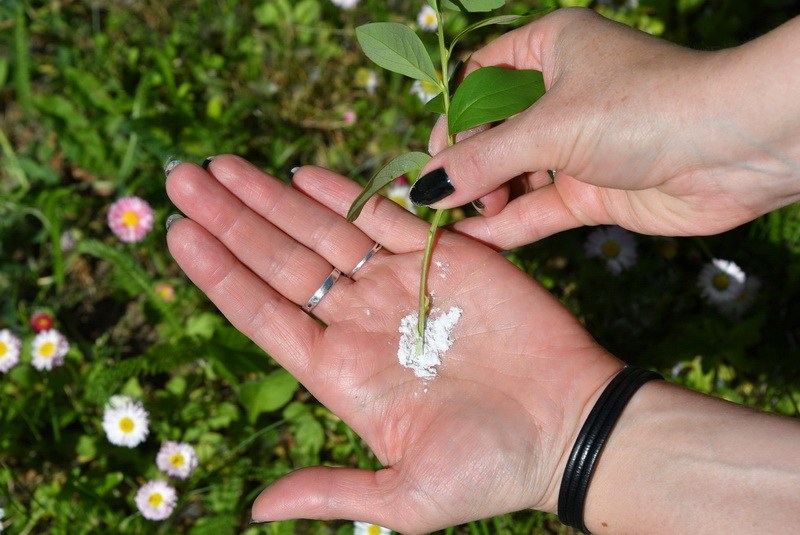 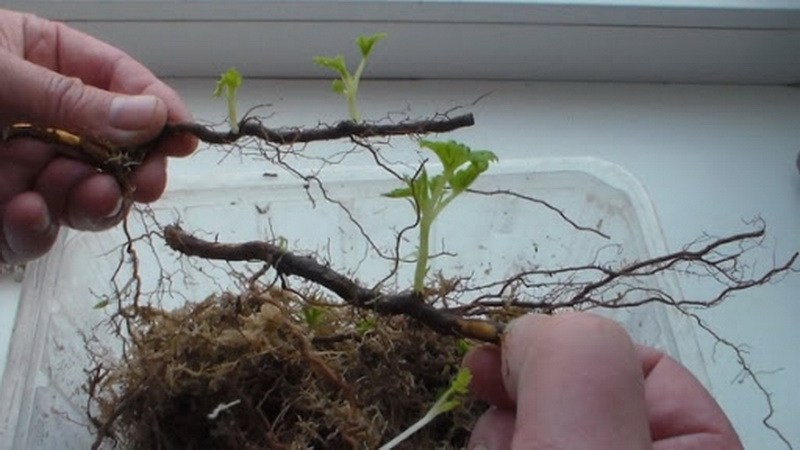 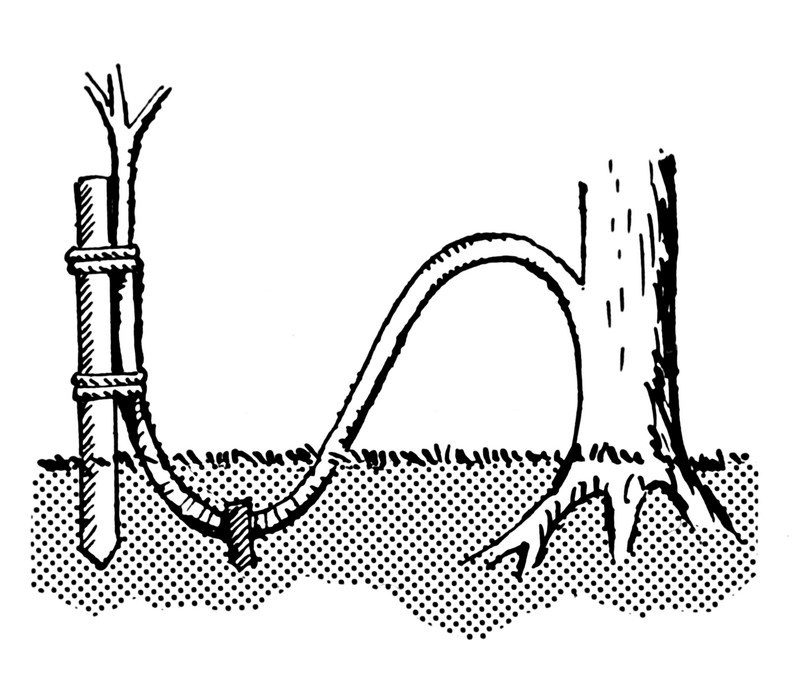 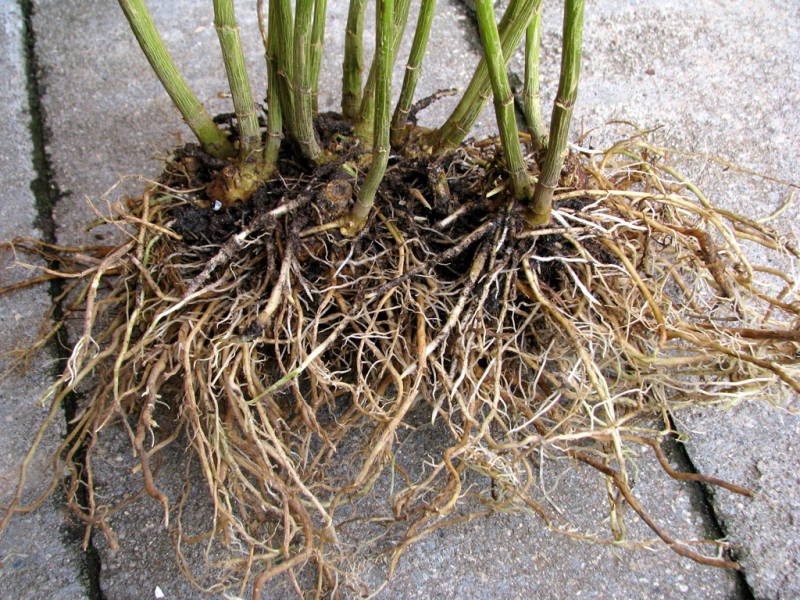 After the completion of the work, the shrubs are irrigated abundantly with water.

When the buds are swollen, the first pruning is carried out. Gardeners cut off stems that have been damaged by the cold, as well as dry and injured branches. Young shoots are shortened by one fourth. 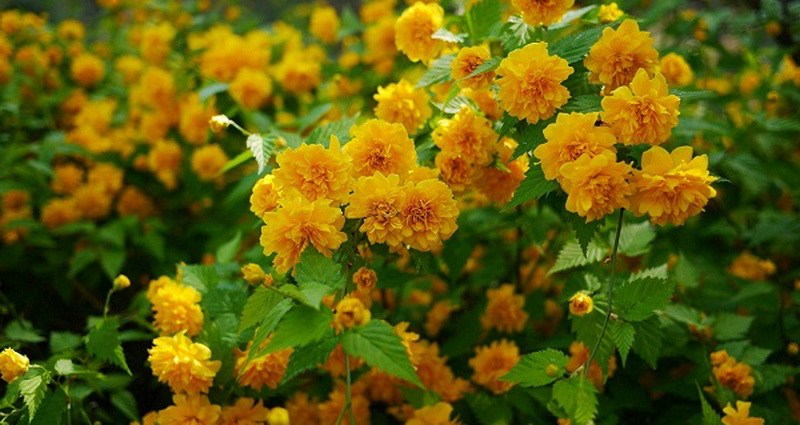 Due to pruning, the bushes will be more luxuriant and at the same time more compact, and the flowering will be more abundant. When the plant has faded, the stems older than 4 years are cut to the very base, which turned. Green shoots are slightly shortened so that the shrub retains its splendor.

If an ornamental shrub grows in good conditions, it rarely gets sick. But sometimes spider mites attack seedlings. This happens if the air is too dry or if there is dirt on the foliage. Another reason is poor weeding and untimely harvesting. Pests are destroyed with insecticides. 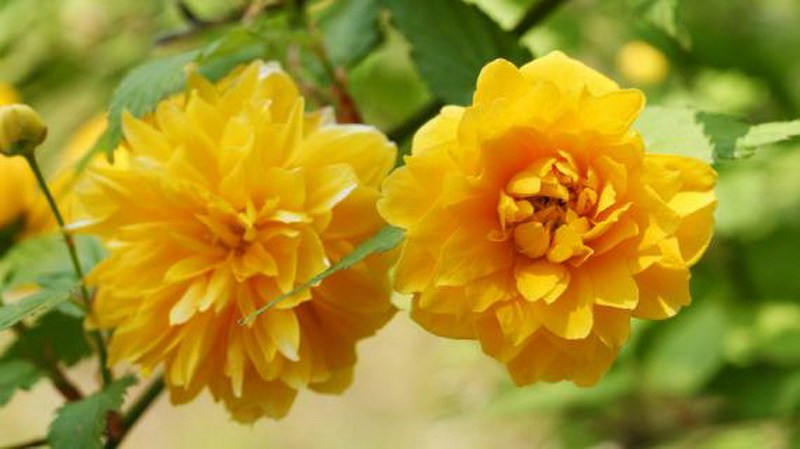 Kerria on the site – photo