TrendyIdeas.net | Your number one source for daily Trending Ideas
Home Design Peonies – description of varieties with photos and names, planting and care 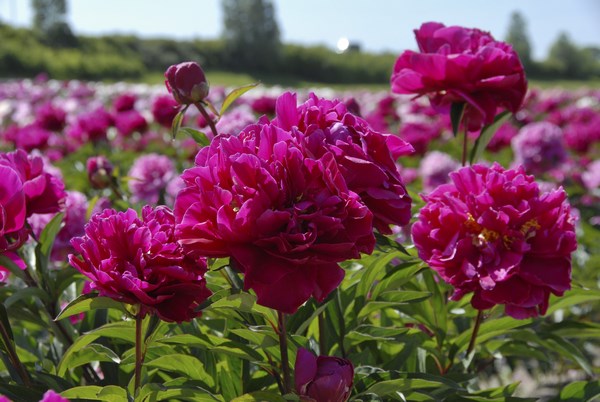 There are a great many varieties of peonies. Among them there are giants and dwarfs, with double and simple flowers, luxurious bouquet varieties and natural plants. Today we will tell you how to choose from this abundance those that you will surely like and will not create problems in leaving.

Peonies are one of the brightest and most fragrant plants in the June garden.

The Chinese were among the first to appreciate the beauty of the peony. In the Middle Kingdom, it was cultivated more than two thousand years ago, and for a long time it was grown exclusively in the imperial gardens. Some varieties were so highly prized that they were only sold for gold.

The noble flower came to Europe in the 19th century and immediately made a splash among gardeners in England, France, Holland. Especially in the selection of peonies, the French originators succeeded, creating varieties that have become classics and are still prevalent in our gardens. 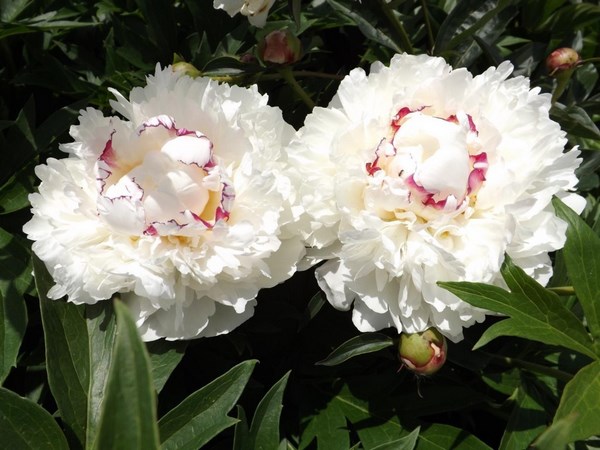 Perennial peony (Paeonia) is a hardy and unpretentious herb that can grow in one place for decades. Every spring, he drives out red shoots from the ground, which very quickly turn into a luxurious bush with a height of 50 to 120 cm. The leaves are large, carved, with a dense glossy texture.

Depending on the variety, flowers can be simple, semi-double, double, 7–20 cm in diameter, with a delicate aroma. The color scheme is dominated by shades of white, pink and red. Not so long ago, yellow peonies appeared, over the creation of which breeders fought for many years.

The main groups of peonies

Conventionally, all representatives of the Paeonia family can be divided into three groups. 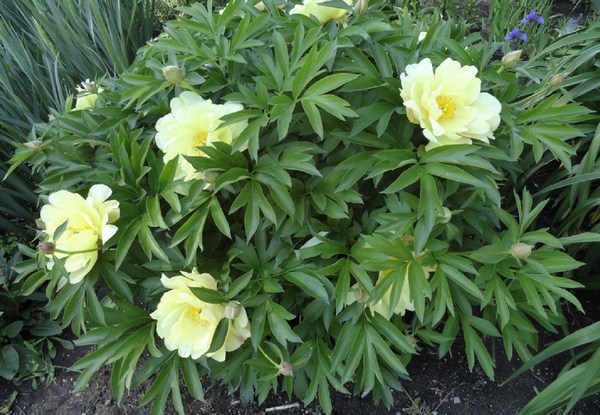 The main thing that people pay attention to when choosing varieties of peonies is the shape and color scheme.

However, it is worth asking about the strength of the peduncles. Give preference to thick and strong stems – they will not fall apart under the weight of the inflorescences and will not put them “face down in the mud” during the rain.

If you want to admire the beauty of peonies for 3-4 weeks, the collection should contain plants with early, middle and late flowering periods.

Here are some of the more popular varieties.

With simple and semi-double colors 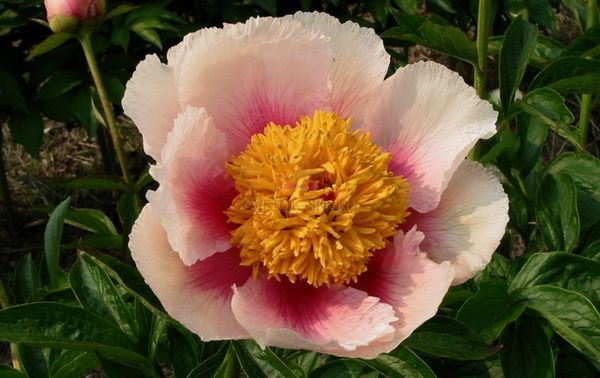 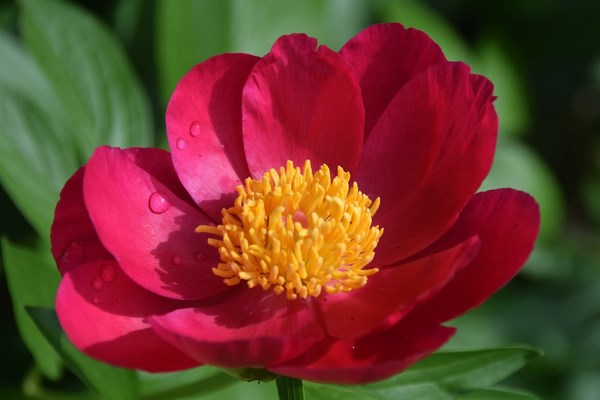 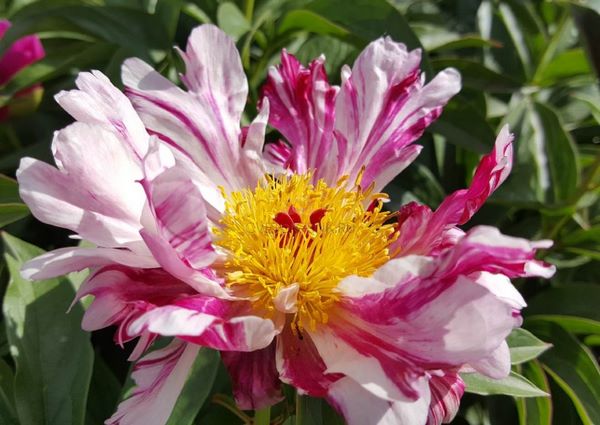 The flowers differ from the previous category in the core – it is formed by stamens, which have turned into narrow delicate petals-staminodes. 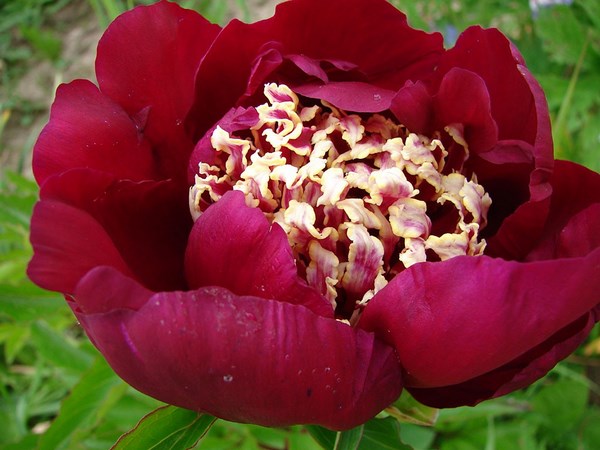 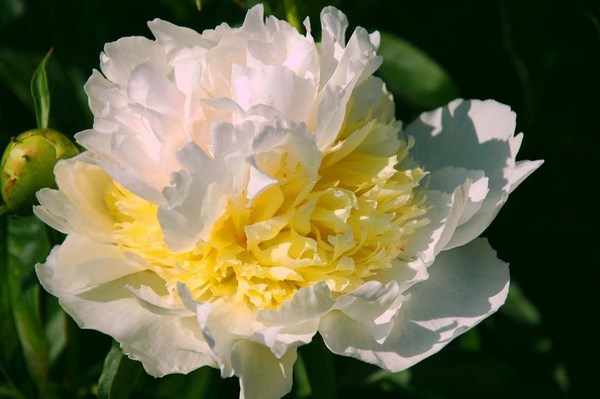 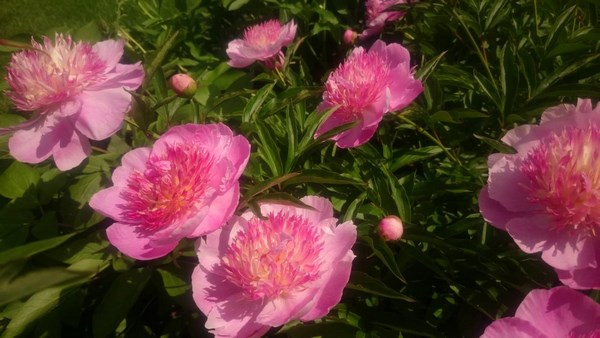 Something in between Japanese and terry varieties. Their inner petals (petalodia) are much shorter than the outer ones. 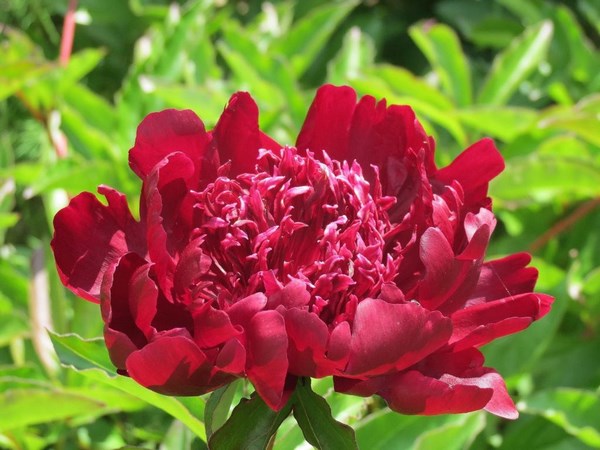 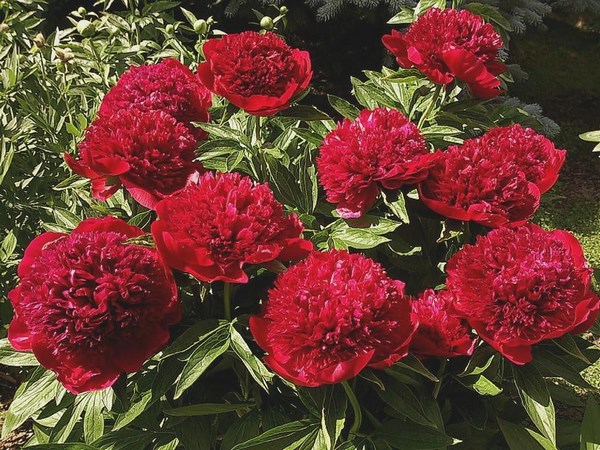 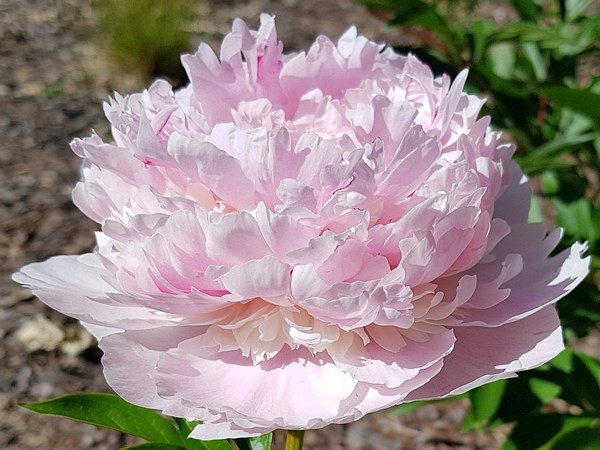 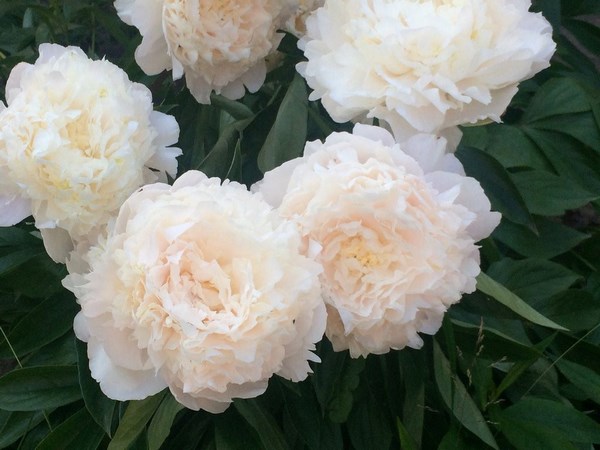 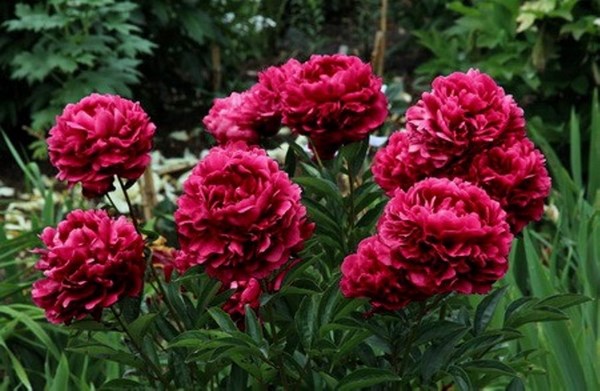 If you want peonies to bloom profusely and for a long time, choose a sunny, well-ventilated place for them. Flower beds with eastern, southern and western exposure are suitable. Openwork partial shade will not interfere with plants, especially in regions with hot summers.

Peonies do not like crowding. There must be a distance of at least one meter between the bushes, as well as between them and other plants.

The preferred time for planting a peony is autumn. If you have purchased a well-developed seedling in a container, you can plant it at any time, as long as the soil is not frozen and not too hot. But if it is a rhizome with several buds, it is better not to plant it in the ground in the spring. Germinate first in a pot and dig right into the container in the garden, and plant in August.

It is recommended to prepare a planting pit for peonies in advance so that the soil is compacted and the rhizome does not go deep. It is filled with a fertile substrate of humus, peat, garden soil, generously seasoned with complex mineral fertilizers.

The plant does not like acidic soil. If this is your case, add 0.5 kg of bone meal or wood ash to the mixture.

When planting the rhizome with renewal buds, deepen it by 3-5 cm. It is impossible to lower it – the buds will freeze, but it is no longer worth it, because in the spring they will come out of the ground for a long time and the bush may not bloom.

If the peony discards flower buds the following year after planting, they must be removed to allow the root system to develop. In the third year, flowers can be left. On the fourth – get a strong, abundantly flowering bush. 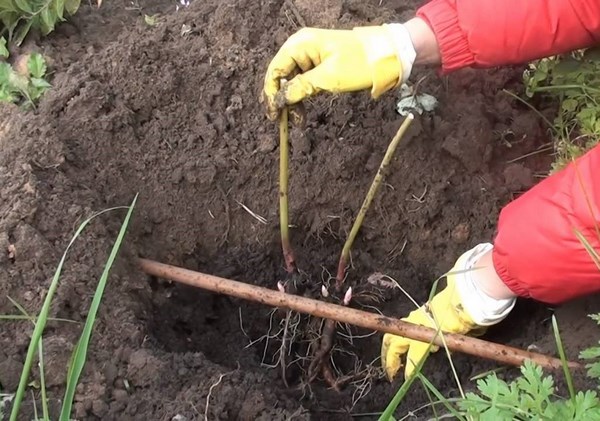 To get a strong bush, it is enough to cut with 3-5 buds

They are watered infrequently, but abundantly – 2-3 buckets under an adult bush with an interval of 10-15 days. Watering is mandatory in May – during the period of rapid vegetation and preparation for flowering, and in August-September, when there is an active growth of roots and the laying of buds of renewal.

If the soil was well filled during planting, the peonies need not be fed for the first 2-3 years. Further fertilizers are applied in the spring (before the beginning of the growing season) and in the summer (during the budding period). You can use any complex fertilizers for flowering plants.

Tall bushes with large and heavy double flowers most often need support. 3-4 pegs are placed around the bush and tied around the perimeter with strong twine.

The wilted flower heads are removed, but 2-3 pairs of leaves should be left on the peduncle.

The foliage is completely cut off only in the fall, when it turns yellow and withers. After pruning, the root zone is mulched with humus or compost. This is good protection against freezing and additional nutrition for the plant for a quick start in spring. 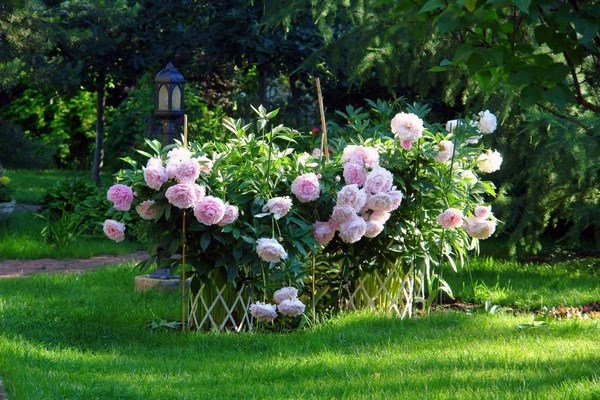 Use in the garden

When peonies bloom, they overshadow all other plants. Their bright beauty will be emphasized by the simultaneously flowering ornamental plants of natural appearance – steppe sage, catnip, geranium, cinquefoil, Siberian irises. 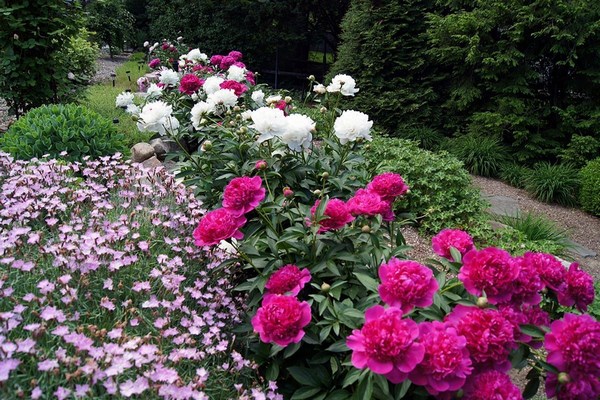 Traditionally, peony bushes are planted in ridges along the paths, on the lawn, mixing varieties with different flowering periods.

In mixborders, they go well with the later blooming annual and perennial plants – rudbeckia, echinacea, autumn asters, scabiosa, phlox, zinnias. They will fill the space between the peony bushes and will look beautiful against the background of their foliage.

If you plan to grow cut peonies, leave the center bud on the stem, removing the side ones. This will give you a larger flower.

TrendyIdeas.net is a Leading Trends and inspiration magazine featuring full of possibilities to design your life. Discover recipes, style inspiration, projects for your home and other ideas.
Contact us: trendyideas.net@gmail.com
© Trendy Ideas Network - All rights reserved
Posting....